"Wolfer came from Germany with Heder his younger brother- both Counts of Hanneburg - with forty warhourses and three hundred knights in armour." 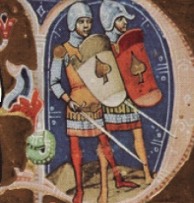 The Tale of Two Kings, an Elephant and an Ancestor.

After a chance encounter with the king, a poor boy becomes a royal squire and rises to become the palatine of the realm.

The Story of English princes hiding from a Viking king.

"Hahold was descended rom the Counts of Orlamund. The clan of Csak conspired against the king: it is said that they were defeated by Hahold and by the army which he brought with him."

Originally from Scotland, the Wolfurts moved to Germany and helped the king of Hungary invade southern Italy after the king's brother was murdered by the Queen of Naples.

A countess takes command of her own ship to save her husband and the king .

Order of the Dragon (Dracul)

A an orphan boy loses his estate to unscrupulous relatives but an unlikely coincidence leads to him winning them back.

and for her sisters Adele, Maria and Anne

and anyone interested in the Hungarian and/or medieval history

Baron was an informal designation for wealthy lords who owned a large amout of property usually including a castle. All the lords with estates and villages attached by the charter to a particular castle were the baron's banderium, or bannermen. They pledge loyalty to the baron and were under obligation to respond to his call to arms with one "lance" (meaning heavily armored knight) or several archers for every 10- 20 serfs they had, depending on the ratio stipulated at the time.

Barons of the realm were those members of the nobility who held the highest offices in government and in the royal household were usually either descended from the original clans of the Hungarian tribes that settled in the Carpethian Basin in the late ninth century or from the foreign knights that came to the kingdom with their own small armies to provide military support to the Hungarian kings in the 11th and 12th centuries. Originally They were called  barones regni ,barons of the realm, a status originally only held by the office holder while he was in office but by the late 1300s it also to applied to the descendants of the high office holders. They became known as the magnates and were given the prefix of 'magificus' in documents.

BARONS OF THE REALM

Holders of the highest offices in the Kingdom of Hungary:

MASTER OF THE TREASURY

MASTER OF THE HORSE

MASTER OF THE CUPBEARERS

MASTER OF THE STEWARDS

MASTER OF THE DOORKEEPERS

ISPANS OF THE COUNTIES POZSONY & TEMES

Nowadays Hungary is a small country we don't hear too much about but throughout the Middle Ages it was the largest cohesive political entitity in Europe. The Kingdom of Hungary existed as an independent realm for over five hundred years from 1000 A.D. to 1526 during which time it was considered one of most powerful countries in western civilization. It included territories of what are now Slovakia, the Czech Republic, Romania, Transylvania, Serbia, Croatia, Bosnia, as well as parts of Austria, Poland and the Ukraine. Yet, history only seems to remember it in its relationship to Austria- first as part of the Habsburg Empire and later as half of the Austro-Hungarian Empire. The families whose legends and I present on this site are part of the rich and unbelievably dramatic history the the Hungarian Kingdom that was driven externally by the threat of the Holy Roman and the Ottoman Empires and internally by a constant tension between the monarchs and the powerful barons. This caused a series of battles of succession that, I have to say, kind of  make the War of the Roses look like a picnic in the park.

"They were the men, who for more than a hundred years influenced the highest politics in the Kingdom of Hungary. They were present when the most significant issues were dealt with and they helped several kings to gain the throne. Powerful, proud but diplomatic, the Podmaniczky were great tacticians who always knew when to fight and when to retreat. '-Milos Ferko, Slovak Historicka Revue

A wife fights for justice for her murdered husband. Two brothers on opposite sides of a political and religious civil war. The crowning of Hungary's greatest king, Matthias I.

THE KEEPERS OF KINGS

Three brothers are set up by thier father in the three spheres of power: the royal court, the chuch and the military.

Two rebellious young brothers are left as the sole heirs of the family dominions and become infamous for capturing castles and playing two rival kings against each other.

"This kingdom is the shield of all Christendom under cover of which we have hitherto all have been safe." -Pope Pius II, 1463

From a letter warning the Holy Roman Emperor to stop trying to usurp the Hungarian throne after the young king, Matthias Corvinus, was crowned. The pope is alluding to the fact that the Kingdom of Hungary stood alone as the bulwork of Europe against the expanse of the mighty Ottoman Empire.

Pictured: 14th century map of Europe. The medieval Kingdom of Hungary was several times as large as the country is now and once stretched from the Adriatic to the Black Sea.  It existed for 500 years as the largest and one of most powerful nations in Europe until it fell to the Ottoman Empire in 1526.

About the Nobility of Hungary

Like most kingdoms in medieval times, Hungary was divided into two main classes, nobles and commoners. But within these groups were further distinctions. The nobility was divided into the categories of "higher" and "lesser." The high nobility were the magnates, families that owned in the area of thirty or more estates that probably included a castle or several castles. They lesser were all the rest ranging from those those that owned twenty estates to those who owned only one impoverished estate to those who owned no estates at all but nevertheless had a coat-of-arms. There were many noble who had less than well-off peasants.

Some had titles that translate as follows.

The head of the county:    comes or ispan = count

What made these titles different from their English counterparts was that generally until the 1500s they were NOT HEREDITARY. They only applied to the people during the time they held the office and the rank did not pass on to their children. The king could remove them from their positions and appoint someone else. There wasn't much job security. Patents of nobility and the accompanying coats of arms were hereditary. Nobility could pass on the father's side and the mother's side but property could only be inherited by sons, while the inheritance of daughters was the equivalent of 1/4 of the property's worth in currency.

Interestingly noble women kept their maiden names after they were married while their children took the husbands name.

In the late 1400s, nineteen families were distinguished from the rest of the barons of the realm by King Matthias. They were now called the natural barons of the realm (barones regni natureles). The list included the Orszag, Rozgony, and Hedervary families

"I have not power enough to tell of,

To enumerate his valiance,

Even to write one third of it

To let my listeners know of it."